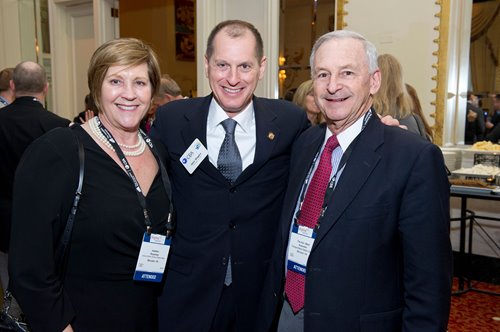 The following statement is attributed to Gary Shapiro, president and CEO, Consumer Technology Association (CTA)®, regarding the passing of Mark Rosenker. Before serving as chairman of the National Transportation Safety Board (NTSB) and director of the White House Military Office, Rosenker spent 23 years as vice president of public affairs with the Electronic Industries Alliance, a predecessor organization to CTA.

“Mark Rosenker was a true public servant and longtime friend, and I will miss him dearly. Beginning with his decades-long service in the Air Force Reserve, Mark gave selflessly to his country. Whether leading the NTSB in the wake of disasters or serving at the side of President Bush on 9/11, Mark acted with passion, pragmatism and discipline. America needs more women and men like Mark, who serve our nation loyally and tirelessly.”