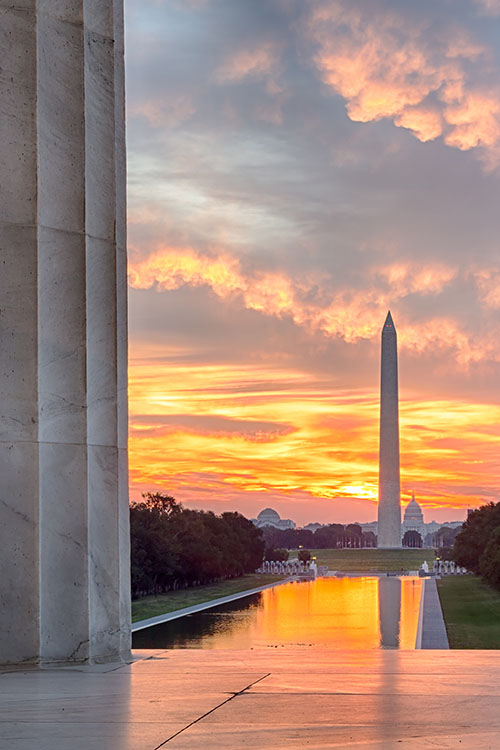 This event celebrates the achievements of government and industry leaders who champion policies and practices vital to innovation in consumer technology.

The Digital Patriots Dinner is part of CTA Tech Week which brings together top innovators and policymakers to experience the latest tech innovations and discuss issues critical to the industry including trade, broadband, self-driving vehicles, digital health and more.

The Digital Patriots Dinner will bring together policymakers and the tech community to celebrate leaders who champion American innovation.

Beginning in 2017, the Problem Solvers Caucus became an independent member-driven group in Congress, comprised of representatives from across the country – equally divided between Democrats and Republicans – committed to finding common ground on many of the key issues facing the nation.

For 14 years prior to representing his hometown of Pennsylvania's First Congressional District, Brian Fitzpatrick served our nation both as an FBI Special Agent and Federal Prosecutor, fighting both domestic and international political corruption, and supporting global counterterrorism and counterintelligence efforts – including being embedded with U.S. Special Forces as part Operation Iraqi Freedom.

Working to promote freedom and democracy at home and abroad, Brian also served as National Director for the FBI’s Campaign Finance and Election Crimes Enforcement Program and as a National Supervisor for the FBI’s Public Corruption Unit at FBI Headquarters, where he was recognized as an expert in restoring integrity to governmental institutions.

In the 117th Congress, Brian was elected Co-Chair of the Bipartisan Problem Solvers Caucus, having previously served as Vice-Chair. Brian is the Ranking Member of the House Foreign Affairs Subcommittee on Europe, Energy, the Environment, and Cyber, and he was appointed by House leadership to currently serve on the House Permanent Select Committee on Intelligence (HPSCI) and as a Commissioner on the Commission on Security and Cooperation in Europe, also known as the U.S. Helsinki Commission. Additionally, Brian serves on the House Transportation and Infrastructure Committee, and he is the Co-Chair of the Bipartisan Addiction and Mental Health Task Force. Brian is a licensed attorney, a Certified Public Accountant (CPA) and a Certified Emergency Medical Technician (EMT).

Josh Gottheimer represents New Jersey's Fifth Congressional District in the northernmost part of the state, which includes parts of Bergen, Passaic, Sussex, and Warren counties. He was first sworn in on January 3, 2017, and is now in his third term in office.

In January 2017, Josh was elected Co-Chair of the bipartisan Problem Solvers Caucus, where he works to bring the group of 29 Democrats and 29 Republicans together across party lines to find areas of agreement on key issues including lowering taxes, cutting health insurance premiums, and improving infrastructure to help the American people. He was re-elected Co-Chair of the Problem Solvers Caucus in January 2021.

Jacky Rosen is a U.S. Senator representing the state of Nevada, and she is the first computer programmer ever to serve in the Senate. She serves on the Senate Committee on Commerce, Science, and Transportation where she has championed cybersecurity, STEM, and tech issues. In January 2022, she organized and moderated a bipartisan panel with the largest number of Senators to attend the Consumer Electronics Show in Las Vegas. Senator Rosen has also been a fighter for expanding broadband access in Nevada. She helped write the broadband section of the Infrastructure Investment and Jobs Act, which was signed into law in November 2021 and is delivering $65 billion in overall investment to make broadband available and affordable to Americans.

CTA is Proud to Honor

Thank You to Our Sponsors