CES 2022 was a must event for the auto industry, even among automakers and suppliers that could not attend in-person due to COVID-19 concerns. Automakers old and new as well as their technology suppliers, used both onsite exhibits and Media Days in Las Vegas and the CES Digital Venue to announce new products and new alliances and, in the case of General Motors’ CEO Mary Barra, to again present the opening day keynote address.

To be sure, most of the debuts fit in with ongoing car tech trends: self-driving vehicles, electrified vehicles (EVs) and vehicle connectivity. But many surprises were sprinkled in, including in-cabin tech to help detect and mitigate viruses.

“The auto industry itself needs to actually get beyond the concept of mobility. What we’re talking about is the fact that things that move in both physical and digital spaces are now possible,” says R. “Ray” Wang, principal analyst and CEO of Constellation Research Inc., based in Palo Alto, CA. He pointed to Hyundai Motor Company’s CES announcement of a new Mobility of Things (MoT) Concept and smart movable machines.

“We’re more than just cars” is really what Hyundai is declaring, “and that’s one end of the spectrum of auto industry innovation,” he says. “Then there’s the technology that gets into it,” such as a new LiDAR with near-field vision from Valeo, Wang adds. “A lot of this is the fact that cars and electronics are converging.” He highlights Sony’s CES 2022 debut of its Vision-S 02 SUV prototype vehicle that’s aimed at blending safety and security with new in-vehicle entertainment experiences. 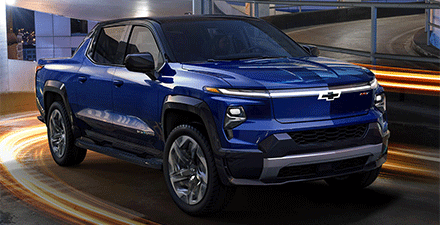 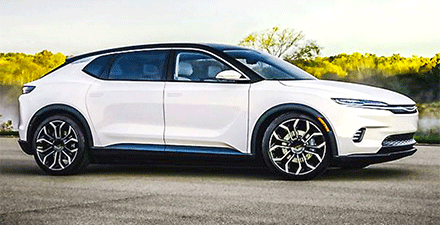 Automakers are seeking new ways to “monetize the mobility experience” as vehicle sales will be pressured down by the advent of EVs, which contain fewer moving parts, require less maintenance and may prompt owners to keep them longer than is usual now, declares Ryan Robinson, automotive research leader at Deloitte LLP in Toronto, Canada. “But if one of those ways is to pile on a lot of streaming technology and infotainment into their vehicles,” they may find customers apprehensive, Robinson states.

Many people who intend to purchase a new car aren’t willing to spend additional money to get those expanded in-vehicle features, designated as infotainment, according to Deloitte’s 2022 Global Consumer Automotive Study, released in January and based on a survey of more than 26,000 consumers in 25 countries conducted in October 2021. In the U.S., for instance, 39% of customers say they won’t spend more for infotainment technologies, the study found.

Robinson says the reason is that consumers have been trained for decades to “expect new features and new technologies, as table stakes for manufacturers looking to differentiate themselves in the market.”

Now, too, automakers are facing increased competition from industry suppliers “probing the barriers for market entry and seeing how easy it would be to actually bridge that gap” between innovating and integrating vehicle components and becoming a vehicle manufacturer, he says.

“There is something to be said for CES being very good at letting us know where the horizon is, and what’s potentially just behind the horizon in terms of technology and even strategy for some of these companies,” Robinson proclaims. In the last few years, automakers focused on advanced robotics and vertical takeoff and landing (VTOL) aircraft at CES, he points out. “CES is a playground for them to explore the extent of the technologies they can be investigating to create a mobility ecosystem for consumers and think about mobility beyond the traditional manufacturer mindset,” he says.

With some major auto industry players opting to go all-digital for CES 2022, smaller companies were able to step into the spotlight this year, notes Mark Fitzgerald, director of autonomous vehicle service at Strategy Analytics in Newton, MA. Advanced Driver Assistance Systems (ADAS) dominated over self-driving vehicle technology, continuing a trend that began at CES 2021, he observes. LiDAR was pervasive, with Strategy Analytics finding more than 25 companies in the category at the show, an increase from prior years, Fitzgerald says.

Strategy Analytics’ Director of Automotive Connected Mobility, Roger Lanctot, references Panasonic Automotive Systems Company of America’s unveiling of the first AR HUD with a patented eye tracking system, developed in an alliance with Phiar Technologies Inc. It uses an infrared (IR) camera packaged with the projector and optics, rather than a standalone driver-facing camera. Lanctot says it offers the possibility of revenue-generating marketing messages in the driver’s line of sight.

What Made CES 2022 Stellar in the Car Tech Universe?

BMW wowed attendees with its concept color-changing car at CES. The BMW fully-electric iX Flow features e-Ink (the technology used for Kindles) that contains millions of microcapsules, with a diameter equivalent to the thickness of a human hair, that contain negatively charged white pigments and positively charged black pigments that can be controlled with the press of a button to give the car body the desired shade. Other colors may be available in the future allowing consumers to personalize their cars. BMW also previewed several in-cabin entertainment and customization functions: My Mode Theater, a rear-seat entertainment system incorporating a 31-inch ultra-wide (32:9 format) display capable of up to 8K resolution, Amazon Fire TV, and 5G connectivity; Digital Art Mode, a curated synchronization of mood lighting, sound and display screen color, lighting and graphics matched to vehicle performance (steering and drive controls); and IconicSounds Electric, distinctive soundscapes piped into the brand’s EVs to enhance the otherwise silent driving experience. BMW also debuted the iX M60, a high-performance purely electric SUV (610 horsepower, estimated 280 miles of range) that will be available in June.

Chrysler unveiled the Airflow Concept, heralding the automaker’s 2025 introduction of its first battery-electric vehicle (BEV) and plans for a full BEV lineup by 2028. The Airflow Concept is self-driving (Level 3 autonomy), has an estimated range between 350 and 400 miles, and features a smart cockpit that offers AI-based applications and connectivity to integrate the car with work and home environments.

Hyundai unveiled its Plug & Drive (PnD) and Drive & Lift (DnL), which enable the movement of traditionally inanimate objects, thereby creating a Mobility of Things (MoT) concept. The PnD modular platform incorporates LiDAR and camera sensors, intelligent steering and braking, in-wheel electric drive and suspension hardware, so a PnD-enabled object can move autonomously. The DnL module is an eccentric wheel mechanism that combines drive, steering and braking systems into one structure. 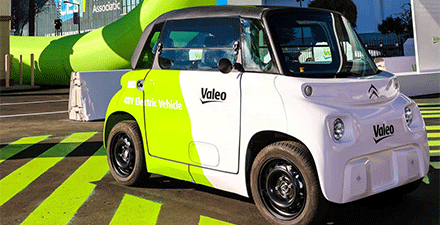 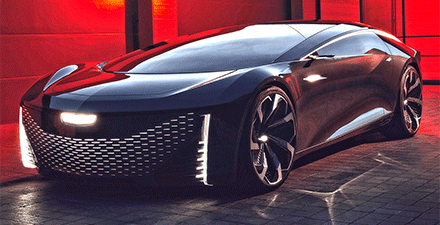 Valeo, an auto industry supplier of everything from electric powertrains to in-cabin air filtration systems, made five announcements ranging from its own electric motorcycle to a system for detecting COVID-19 in the passenger cabin. The motorcycle uses a 48-volt electric powertrain, which Valeo is aiming at small urban vehicles. There was also the world premiere of Valeo NFL (Near Field LiDAR), which the company says can be used to provide a 360-degree “safety bubble” around a vehicle. A third-generation LiDAR scanner that’s capable of seeing more than 200 meters ahead and is intended for highway self-driving applications debuted, too, and will be available to automakers in 2024. Valeo VoyageXR Panorama displays on screen a 3-D, 360-degree drone’s perspective view of a car driving down a road — without the drone. The company imagines it will create new travel experiences for passengers in self-driving cars. Finally, Valeo revealed that a terminal it developed to detect in-cabin health risks can detect COVID-19 with the accuracy of a PCR test, in less than two minutes, and without any personal contact.