It should come as no surprise that Americans watched a lot of TV in 2020, as people resorted to movies and shows to pass the time during the pandemic. And likewise, consumers upgraded and added TVs to their households en masse, fueling record television shipments last year. In 2020, 47.3 million TVs shipped to U.S. dealers, up 15% over 2019. It was the highest number of shipments on record.

However, the pandemic and resulting consumer behavior set off unexpected shipment trends that remain at play as the cultural impacts of the pandemic linger. For one, television revenues dropped 7% in 2020. Why, when units rose so high? It’s because the television market is extremely competitive, and manufacturers had to produce high quantities at attractive price points to take advantage of surging consumer demand.

Secondly, the quarterly shipment pattern for TVs is out of line with typical annual patterns. In an ordinary year, the industry would see the bulk of its shipments in the fourth quarter, in preparation for the holiday season. However, 2020’s third quarter came close to matching the fourth in terms of units shipped, and the first quarter of 2021 had higher than average shipments when it is typically the slowest quarter.

CTA’s Dynamic Forecast predicts that second- and third-quarter shipment volumes will fall below the first as people emerge from their pandemic social distancing practices and seek entertainment outside of the home. And the fourth quarter will make up about 30% of total annual shipments — not as pronounced as a typical year but still the biggest quarter. When all is said and done, 2021 will see 41.6 million TVs shipped, which would make it one of the industry’s best years again despite a double-digit (-12%) drop from 2020’s high.

Television revenues will decline again in 2021, but not as drastically as units. The industry will focus on newer technologies like 8K, mini-LED and OLED, as well as larger screen sizes to add value to sets later in the year. 8K shipments will reach 1.6 million this year, introducing consumers to the next level of resolution. Mini-LEDs made a splash at CES this year as manufacturers demonstrated how this backlighting technology can improve contrast and dynamic range. And OLED displays — not a new technology, but highly desired for its quality — will gather momentum this year, with 2.3 million units expected to ship (up 60% over 2020). 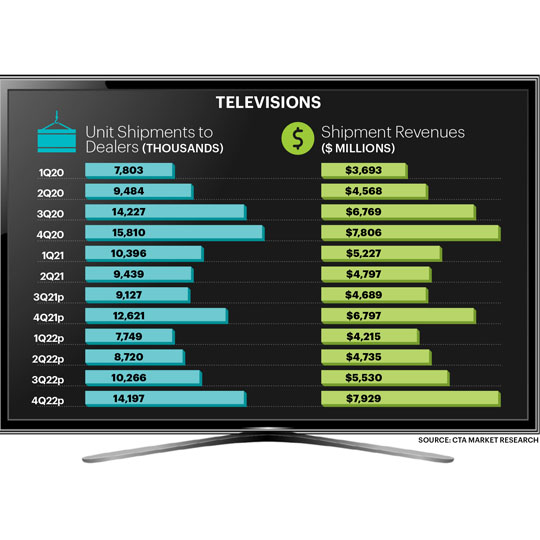 Regardless of screen technology, shape or size, televisions remain the go-to device for movies, TV series and video gaming. American households own roughly 270 million television sets, rivaled only by smartphones as the most popular consumer tech device in the U.S.

Consumer spending on video streaming last year grew to $35.5 billion, up a shocking 63% over 2019. As streaming services continue to propagate, CTA expects video streaming spending to hit $40.8 billion this year. Many households will also upgrade their gaming consoles this year, meaning there will be no shortage of enticing content with which consumers can engage. And the TV will be at the center of it all.

American households own roughly 270 million television sets, rivaled only by smartphones as the most popular consumer tech device in the U.S. 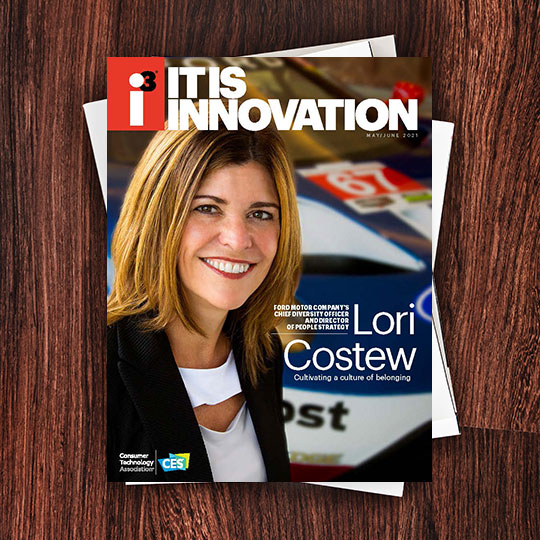