Are Jobs as We Know Them Coming to an End 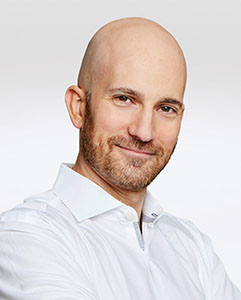 Interview with Jeff Wald, author of The End of Jobs: The Rise of On-Demand Workers and Agile Corporations

The coronavirus pandemic created swift and significant disruption in the workforce. More than half of the nation’s workforce shifted to a fully remote work experiment in just a few weeks. Throughout history, we have witnessed jobs evolve, especially in times of disruption such as the industrial revolution that introduced machines, electricity and computing to the workplace. The pandemic is the newest disruptor and is accelerating the end of the ‘in the office, one manager, nine-to-five’ job.

I recently interviewed Jeff Wald, author of The End of Jobs to discuss why jobs are changing so rapidly and how technology is expediting the rise of on-demand workers.

What can history tell us about jobs today?

The three industrial revolutions are mechanization, electrification and computerization. Those are the three times when a set of technologies came along and massively changed the balance of power between companies and workers. That’s the framework I share in the book and ask readers to think about the history of work as an undulating balance of power between workers and companies. Some call robotics and artificial intelligence (AI) the fourth industrial revolution — I call it the first services revolution.

We are going to see this balance of power between employers and workers ‘get out of whack’ again. It’s important to understand how, in the past, workers and companies have come together and how society has come together —to find a new footing and to give the stability necessary for all parties to move forward.

Millions of Americans work in a physical office. You predict that these jobs are coming to an end. Why?

When I talk about the end of jobs it is not “robots that are taking our jobs.” Full stop. That is not happening in the near term. The ‘one office, one manager nine-to-five’ job, that people knew in the ’70s, ’80s and ’90s, is ending.

When we think about the ‘one office, one manager nine-to-five’ job, it is giving way slowly to ‘the fluid, team-based, always on, work from anywhere’ job. The idea that I no longer report to one person. That may be how it looks on the org chart, but I’m on teams. I’m working with the marketing department on this. I’m working with the operations department on that. We have teams working on various projects, and much of your work is outside the scope of what your general manager is in charge of.

What is a ‘fluid team-based’ job and where do we see them in the workforce?

The notion of ‘fluid’ means people are moving more fluidly from a full-time worker to a part-time worker to a temp worker to a freelancer. When you look at the on-demand economy, you see the biggest contributors are moonlighters or people working multiple jobs. Although importantly, from a Bureau of Labor Statistics perspective, fewer Americans work two jobs today than they did 20 years ago.

There’s this notion that everyone’s got to work two jobs to make ends meet, and I don’t doubt that’s true for many people. But 5% of workers today work two jobs while 20 years ago, it was 6% of workers. So, you have to look at data and statistics — not just an anecdote.

It is interesting that the conversation about on-demand workers is mostly driven by one company, Uber. But Uber represents .001% of the workers in the on-demand economy. It’s such a tiny thing.

On-demand workers are simply workers that are not W-2 employees. This includes temp and freelance workers, which in a corporate context amounts to tens of billions of dollars. It is consumer interactions driven by Uber, Lyft, DoorDash, TaskRabbit, and all those companies, but they are so minor compared to corporate labor force management and the on-demand labor that is creating an agile workforce.

Everyone should know that 25-30% of the labor force works in an on-demand capacity. That has been the size of the on-demand labor force for the past 20 or 30 years. And the idea that because Uber came along, it’s new, is ridiculous.

What pressures do on-demand workers face?

On-demand workers face almost total responsibility for their health care, retirement, training and skill development. Remote work is another big component of the on-demand labor lifestyle. And lastly, on-demand work is task-based work — the idea that it’s not just, “Hey, you’re going to be my freelancer for the next bit.” It’s, “I need you to do this task, at this time, for this amount of money, and then you’re done.”

So, when I write about the rise of on-demand workers, I’m not saying that everyone’s going to be an Uber driver — far from it. I’m saying the things that the Uber driver worries about also permeate the full-time labor force.

Many reports project automation will displace millions of jobs. How do you interpret their findings?

It is important to study and understand what we call the task-based componentry of a job. Oxford University did a great job of this. Their study said, ”40% of jobs are susceptible to automation.” That headline meant, oh no, Oxford says 40% of jobs are going away. But, that’s not what Oxford said. They broke down 702 different job categories and looked at the component tasks of those jobs.

If a job has 50% or more of its component tasks that are automatable — tasks that are repetitive and high-volume — then that job is susceptible to automation. But it’s not until you get to about 75% of automatable tasks that you say, ”That job definitively will go.” At 50%, you start to say, ”Maybe half of those jobs will go because people will reskill. Instead of 10 people, we only need five because the robot or the AI system can do the other tasks.”

The data when you start breaking it down by component tasks says that about 10% to 15% of jobs will go within the next 20 years.

The pattern has been jobs are displaced, changed and created. How can we ensure every American can access a meaningful job in a post-COVID-19 era?

The data says there are many job categories that will increase over the next 20 years. If you make an assumption that in 15 years there will be hundreds of thousands of people in the U.S., and millions across the world employed in jobs that don’t exist right now, you start to get a clear picture of no net job losses.

It’s the net that is important because there will be job losses —10 to 15%. Upwards of 25 million people in the U.S. will have their jobs displaced, and I would argue, we have a responsibility to provide the retraining necessary.

What are your predictions for the Future of Work?

The truth is somewhere in the middle. We will end up in a Rosie Jetson scenario, not in the next 20 years, but it will happen. This transition is difficult and it’s important to remember that times like now are when mass changes usually happen in labor statistics and when there’s a huge economic dislocation.

The future is hard to predict. I put forward this framework of looking at historic trends and data in order to make predictions, but I don’t pretend that I have a crystal ball. In the book, I’ve asked 20 of the greatest thinkers on the future of work to write essays on their visions of the world of work in 2040. But the future is ours to create. We get to decide as a society. We don’t just sit and wait for the future to unfold.

The people I’ve interviewed, and the people who are a part of your industry, are shaping this future, and so we get a large say in how these things unfold.