Connected TV (CTV) is moving beyond the smart TV category and becoming a viable — albeit still small — of the video advertising landscape, thanks to its ability to deliver targeted ads and its measurability. A recent study by Tremo International’s Unruly subsidiary found that CTV commercials are 50% more memorable than ads on linear TV, while another analysis characterized CTV as driving the digital video juggernaut as more families embrace streaming video.

According to the Interactive Advertising Bureau (IAB), CTV’s appeal to advertisers is stable amidst the upheavals in traditional TV advertising. IAB estimates the average CTV spend this year will be $16 million per advertiser, up 8% over 2019. The CTV ad-buys reflect a shift of dollars from broadcast TV (53%) and cable TV (52%), according to IAB. The major categories and the amount being spent on CTV ads this year are retail ($32.2 million), media/entertainment ($31.9 million) and telecom ($20.6 million) — mainstays of TV advertising.

Another CTV advertising study from Unruly, a programmatic video platform firm, identified that more than half of media buyers ranked three benefits of CTV advertising as the most valued: targetability (75%), engagement/attention (57%) and measurability (52%). Other desirable features are the ability to report campaign results faster than via linear TV, shorter campaign activation lead time and co-viewing.

The Unruly research indicates over 60% of U.S. homes own a smart TV and about half own a streaming media device. The summary also shows that about 45% of owners use the smart video capabilities more than five times each week. In other words — critical mass for advertising.

Several other CTV factors appeal to advertisers, according to Unruly. After seeing an ad on CTV compared to seeing a linear TV commercial:

Unruly Vice President Terence Scroope says viewer embrace of CTV is “an opportunity for brands to reach audiences at scale in a highly targeted, personalized way.”

Nielsen, the ratings powerhouse, also explores the emerging CTV environment (in the COVID era). It finds “the persistent high levels of CTV use across smart TVs, internet-connected devices and game consoles suggests that life in the new normal includes a heavier dose of connected TV use.”

Citing the “array of content options, ranging from streaming apps to gaming and over-the-top channels,” Nielsen says the variety “is a critical element behind the increased usage.” It adds, “That speaks to the massive attraction that connected media offers.”

Another Nielsen finding shows CTV viewing primarily happens in the living room — about 62% of viewing time versus 17% of viewing time in a bedroom or 2% to 4% in a kitchen, office or other location. Nielsen says that points “to the growth of co-viewing as consumers choose to watch content together.”

10th Degree, a digital advertising agency, has identified substantial two-screen use as CTV viewers shop via their mobile handsets while they are watching a commercial. But promoters admit this category still needs better measurement tools. A 10th Degree white paper calls it “The Big Caveat.”

“CTV has no universal ‘measurement currency,’ which means there is no efficient way to measure audience size and makeup across multiple apps and devices.” 10th Degree laments that “billions of dollars have been held back from CTV advertising for fear that measurement will be too tricky to get right.” It expects more advertisers will “jump on board” as soon as a “more formalized attribution system” is in place.

With all this attention, CTV commercials seem ready to be counted. 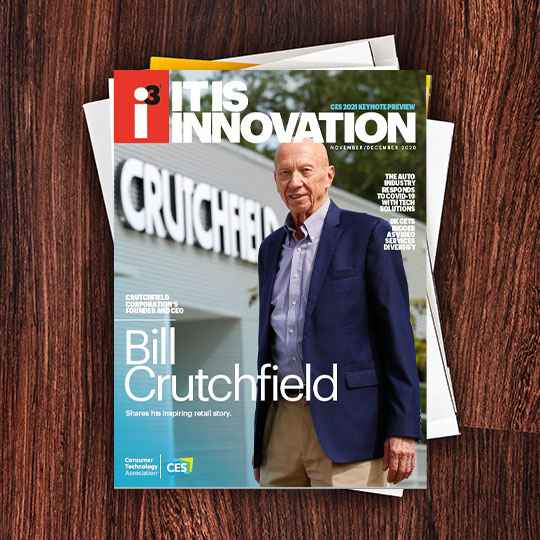