“You’ll see a ‘blockchain economy’ in the next five years,” Raskin predicts. “We’re going to find great use cases for blockchain in shipping, identifying counterfeit products and other applications.” She also says the past year was “ good for technical development” resulting in a “more stable and scalable architecture.”

Now, she says, the focus ison regulatory and privacy/security issues. To Shidan Gouran, president of Gulf Pearl Ltd., a Canadian merchant bank and blockchain developer, the blockchain dialog at CES this year moved beyond “insider” discussions, extending into “educating, and more importantly, engaging, the business world at large.” He cites the CES 2020 Digital Money Forum as an “amazing” effort “to align experts and leaders from a variety of industries with prominent blockchain figures so that important and pressing questions can beasked and answered from both sides of the equation.”

Participants in blockchain events at CES agreed that the rollercoaster trajectories of cryptocurrencies such as Bitcoin during the past two years soured many organizations about the value of the distributed ledger technology. Yet, the emergence of new blockchain-based robotics, the Internet of Things and communications devices and services are demonstrating new opportunities for the technology.

For example, Pundi X plunged into the blockchain hardware world with its BOB (Blok-on-Blok) modular smartphone powered by blockchain. It uses a new operating system (Function X OS) to ensure that every call, text or activity is handled through a decentralized app. BOB has an option to switch from blockchain mode to a more traditional Android operating system.

Pundi X CEO Zac Cheah says the blockchain capacity will assure that users control the data that moves through the device.

Similarly, user control of video images is a key feature of Ucam, a blockchain-powered private home security camera introduced by IoTeX of Menlo Park, which characterizes its objective as “the Internet of Trusted

Things.” Ucam’s end-to-end encryption is expected to comply with new privacy laws, such as the California Consumer Privacy Act. The company calls itself a “blockchain platform” and is working with other IoT and hardware manufacturing companies to make private and secure IoT devices.

Blockchain and other essential technologies will bring more transparency and access to information than we have ever seen.

Amy James, CEO of Alexandria Labs and co-inventor ofthe Open Index Protocol, foresees that “blockchain and other essential technologies will bring more transparency and access to information than we have ever seen.” She cites blockchain’s ability to timestamp and filter information that will “increase the quality of feeds” on the Web.

Her San Diego company’s “Open Index Protocol” creates a public space for content distribution on the internet, which she described at the Digital Money Forum as a “technical solution to the problem of walled garden platforms monopolizing the Web.”

“We’re talking about ‘Web 3.0,’” James explains, acknowledging that OIP’s blockchain component “is just one piece of a larger puzzle. The way it relates to consumer electronics is going to change the incentive structure so that consumers have way more trust and transparency.” She expects that the “presence of more big players [such as] Libra, the government of China and Facebook prove that institutional interest is clearly coming out of the shadows.”

James adds, “Blockchain is in our sights. The last five years of R&D have been so important to build the solutions that will let it scale to mass adoption.” She believes that the online explosion of deep fakes will bolster the appetite for blockchain-secured protections.

“There’s a palpable desire from consumers to own their data and to trust the data that they’re seeing online,” James says. “The desire from users is really strong and the blockchain technology is available to protect them.”

Even as consumer-oriented products enter the blockchain universe, much of the focus remains on enterprise applications.

IBM attracted attention to its “IBM Food Trust,” a blockchain system that digitizes transactions in food supply chains providing value to food distributorsas well as stores and restaurants that track inventory sources. At a banquet during CES, IBM traced the source of the ingredients for each dish served during the dinner, which was prepared by celebrity chef Aarón Sánchez.

At the end of the show, IBM unveiled a deal with Tunisian olive oil producer CHO, which will use the encrypted, decentralized database to track transactions and document steps throughout a shipment’s lifetime from orchard to processor to delivery. It is similar to another Food Trust blockchain process that connects coffee farmers, traders, roasters and brands. IBM is also working on blockchain-related food-supply applications with Nestle and Walmart.

Sánchez said he was intrigued by blockchain’s ability to track and identify ingredients from the farm to table. “For many years, I’ve cooked with what I’d call nameless ingredients,” said Sánchez, who has appeared on Food Network’s Chopped and FOX’s Masterchef. He called blockchain “an incredible source that allows us to not only own the flavors but to own the ingredients. That’s something remarkable.”

BalletCrypto fleshed out its first product, a non-electronic physical cryptocurrency wallet, with multicurrency support. Founder Bobby Lee, who was previously involved in Chinese Bitcoin development, explained that Ballet supports activation of multi-cryptocurrency on the same wallet and was not including any computer chips or electronic circuitry, which are not suitable for long-term storage of cryptocurrency investments.

Essence Group updated its IoT security presencevia a new subsidiary, SigmaDots, which uses an edge software solution to protect IoT ecosystems from cyberattacks using distributed architecture and blockchain-based cybersecurity. The new features will form the basis for the cybersecurity of all of Essence Group’s products. SigmaDots has partnered with Telit to make products more resilient to cyberattacks.

“Blockchain will take the internet beyond just the exchange of information,” Gulf Pearl’s Gouran says. “It will facilitate the simplified transfer of value without the use of intermediaries such as banks. Moreover, as an immutable and decentralized way of managing information, blockchain will become the foundation of more reliable and trustworthy information systems.”

Gouran says the credibility of “blockchain fell with the popularity of crypto, when Bitcoin and other cryptos took a nosedive in late 2018.” Citing how the market “matured” after that experience, he points out that “blockchain technology has continued to evolve as what will ultimately become a major advancement in computing.”

“Acceptance of blockchain is light years ahead from where it was in 2018 or even 2019,” Gouran adds. He expects blockchain technology “to evolve with the cooperation and insights of business leaders around the world leading to a system that will be more powerful, more dynamic and more widely-integrated.”

Dante Disparte, vice chairman and Head of Policy and Communications for the Libra Association (an organization focused on blockchain payments), declared that cryptopayments are part of the new digital landscape.

“You might not like the messenger, but you better listen to the message that centralized payments are here to stay,” he said. Disparte pointed out that Facebook-backed Libra is already endorsed by some of the world’s largest fiat currencies, which adds to its credibility and viability for secure global value exchanges. He and others on Digital Money Forum panels at CES emphasized that mainstream adoption is “the name of the game” and is making traction.

Blockchain will take the internet beyond just the exchange of information.

Lisa Song Sutton, a Las Vegas technology entrepreneur and Republican Congressional candidate, brought a political message to CES, saying that she spoke “on behalf of a new generation of financial literates.”

“We must elect public officials who understand modern business, modern technology and will be advocates for blockchain,” she said. “Ideal blockchain regulation is one that is supported by regulators and lawmakers embracing a modern and pro-business mindset. The resulting regulation should be balanced: it protects the consumer, while also allowing innovation to flourish and will not create a barrier to entrepreneurship,” Sutton said.

Combiz Abdolrahimi, a security lawyer who leads the Emerging Technology & Innovation group at Deloitte Consulting, stressed that the blockchain movement needs a “Center of Excellence (CoE) approach to accelerate greater adoption and integration of blockchain and advanced technologies like AI and 5G across government and industry.”

“Ensuring American leadership in blockchain, AI, and emerging technologies is imperative for not only achieving economic growth and inclusion, but also for our national security,” Abdolrahimi said.

Nitin Gaur, director of IBM’s worldwide Digital Asset Labs, put the CES 2020 examination of blockchain into a longer-term perspective. “If blockchain is to move beyond the technological fringe into the mainstream and support a more trusting and transparent world, we must remain committed to a set of practical ideals that guide our actions and how we put our technology to use.”

Amy James of Alexandria Labs summarized blockchain’s role in a succinct evaluation. “What I like about blockchain at CES is the diversity of people who are there and how they are thinking about it from different perspectives,” James said. “Blockchain is much more than financial technology.”

Acceptance of blockchain is light years ahead from where it was in 2018 or even 2019. 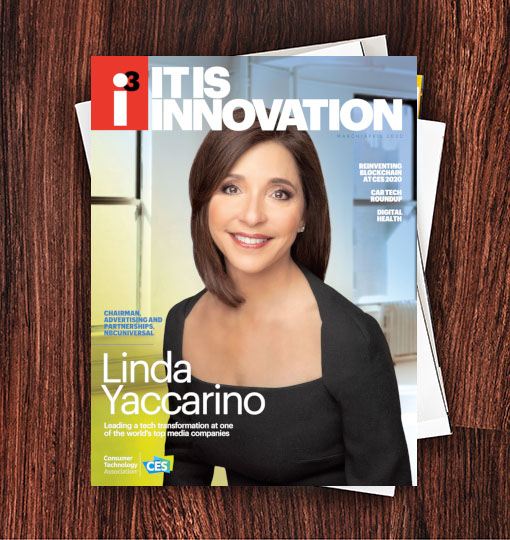