The Internet of Edible Things

Whether it’s “precision agriculture” in rural fields or an aeroponic tower garden that takes up four square feet in an urban home, growing food now relies more on technology.

Food encompasses warehouse-size “vertical gardens” and highly automated livestock maintenance systems; organic crusaders and corporate agribusiness moguls; big data analysts and lifelong gardening devotees. The evolving world of growing, processing and distributing food is a $1.7 trillion business in America, according to the U.S. Department of Agriculture’s Economic Research Service, and technology is playing an increasing role throughout all sectors of the intricate supply chains — from delicate fruit-picking devices to mini-farms in a kitchen cabinet.

“The evolution of technology in agriculture drives toward the goal of enabling precise management,” explains Dan Leibfried of Deere and Co., the 180-year-old maker of farm machinery, known for its iconic green John Deere equipment. Leibfried, director of advanced technology at John Deere Intelligent Solutions Group, says the required level of precision “entails sensing, analyzing and acting on the agronomic needs of individual plants while maintaining high productivity across hundreds or thousands of acres.”

“As technologies like artificial intelligence (AI) and machine learning become more prominent and are integrated into more machinery, there is higher demand for high-tech expertise outside the traditional agriculture industry,” Leibfried says. “Machine learning and AI are going to be as core to Deere as engines and transmissions.”

Big farming requires big data, which is fine-tuned to the conditions on a farm — even to specific parts of a field. Deere’s gigantic combines (popular “climb aboard” exhibits at CES for the past couple years) can be programmed to collect and apply that data for specific growing needs.

At the other end of the agriculture scene are home gardens, including aeroponic and hydroponic personal gardens in which families can grow vegetables, herbs, fruits and flowers without soil in a stack of “tower garden” bins available at Home Depot, IKEA or Walmart. Homegrown lettuce, tomatoes, peppers, basil, herbs, and even strawberries and eggplants are among the crops. “There are more than 150 different wellness-promoting plants,” according to a supplier.

Urban farming is also part of the smart cities vision, with social entrepreneurs creating expansive, productive gardens in office building lobbies and rooftops and underused warehouses, where “vertical farms” are sprouting with multiple tiers of plants that grow in nutrient-enriched water, nourished by special ultraviolet and LED lights. Advocates say that urban agriculture cuts the cost of transportation from farms and reduces the need for packaging — as well as making fresh-picked produce quickly available.

Indoor farming and its tech-driven approach to agriculture is appealing in locations, such as the Middle East, where traditional farming is almost impossible in desert heat. Technologists have developed special plant photosynthesis lighting and energy use programs to calibrate power needs in special situations.

Also, in the development pipeline are concepts such as “freight container farming.” Alesca Life Technologies, a Chinese startup, is building modular systems that use freight containers with remote environmental monitoring, irrigation, climate control, lighting and other factors. One concept envisions bringing containers directly into densely populated areas to allow compact on-site agriculture (occupying, for example, a few spaces in an apartment complex’s parking lot) to eliminate shipping produce across town.

Internet of Things (IoT) technology using sensors enables real-time monitoring that can improve productivity in the new agriculture ecosystem — both traditional “on the farm” and evolving “in-the-neighborhood” growing. IoT tracking of temperature, humidity, irrigation, fertilization and other factors throughout the planting process is at the core of the new edible’s environment. The entire process is managed remotely from cloud servers, which enhances the objectives of sustainable food production.

Aeroponics: Crops grow in a nutrient-rich mist — invented by NASA in the 1990s — to raise crops totally without soil.

Hydroponics: Plant roots are submerged in a nutrient-rich liquid solution, placed in a base of clay pellets or gravel.

Aquaponics: Fish generate nitrate-rich plant food through their ammonia-filled waste, which fertilize plants and clean the water in the process which is then recycled back into the fish tank.

On industrial farms, IoT systems can track at least 30 factors to determine how to maximize output, according to Will Rodger, principal at Rodger Communications in Alexandria, VA, who has a background in agriculture tech and policy. Sensors in the ground and on a tractor can feed precise data into a GPS system to determine which portions of a field are most productive.

“Farmers have instinctively known for generations that certain parts of a field are better than others,” Rodger says. “Now if you do a heat map of land across an acre using sensors, the computer cloud can figure out and recommend what works best on any field and what makes a certain patch of ground produce the best yield.” He explains that data analyses of weather, soil, water conditions and yield history can generate complex regression analyses to show the farmer how to be most productive.

Using the data, farmers learn how to “drop seeds at different rates depending on the land, bring low spots to the level of high-performing areas, apply proper amounts of fertilizers and do whatever it takes to maximize the yield on every square foot,” Rodger adds.

Deere’s Leibfried points out the value of “sensors and algorithms that detect plant and soil health, as well as environmental conditions” that affect crop development. He says, “machine intelligence can be integrated into highly automated machines that can make decisions in real time.” Leibfried adds, “farmers have relied on GPS-steering technology and connectivity to help them farm with high degrees of precision” for nearly two decades. In industrial farming, internet access plays a growing role in maintenance and productivity, especially since mechanical “downtime” can impede planting and harvesting schedules. Leibfried says Deere has created preventive maintenance solutions through its Connected Support service, which “uses machine telematics data to proactively diagnose” potential problems and alert dealers to handle repairs.

“Farmers are working with extremely narrow windows of time,” Leibfried says, noting that connected technology can minimize downtime. “We are seeing farmers at all ages and backgrounds embracing new technology,” Leibfried adds, giving special credit to young farmers who are “a big part of the innovation.”

Beyond “row crops” (the mass-produced beans, corn and root plants) farm automation poses new challenges to technology — starting with the labor problem. Rodger says, “It’s the work that no one wants to do. It’s getting harder and harder to get the labor from anywhere.”

Rodger believes that technology is a potential solution to harvesting. “Harvesting has been done by hand because produce is too delicate for machines to handle,” he says. Recently however, technologies have emerged such as using water streams to cut lettuce with robotic arms to gather the bunches. Rodger says new robotic harvesting arms seem to have capabilities to pick strawberries at a sufficient yield rate. For now, he believes, delicate raspberry and blueberry robotic pickers are problematic.

Farming in the City

“How Ya Gonna Keep ‘em Down on the Farm?” — the title of a World War I era ditty — is irrelevant in 21st century agriculture, based on the new enthusiasm for urban farming and home high-tech gardens.

Bowery Farming, backed by Google Ventures, uses precision farming techniques, data analytics and automation to grow leafy greens, tomatoes and other produce on stacked shelves at two “fully operational” vertical farms in New Jersey, another in Baltimore (opened in late 2019) and investments that will generate more plant plants in the future.

Its data-driven systems constantly monitor the produce and the production process, enabling quick changes in nitrate levels in the soil or a change of lighting that can, for example, make a kale crop less chalky. The company says it can grow 100 times more greens than a traditional outdoor farm using the same amount of space. It also encourages interdisciplinary effort, so its agricultural scientists work next to machine-learning specialists.

“Our controlled indoor growing environment enables us to use zero pesticides and 95% less water to grow fresh produce — all of which make it on local store shelves within a few days of harvest, minimizing food miles and extending shelf life to reduce food waste,” says Irving Fain, CEO and co-founder of Bowery Farming. “I’m a big believer in technology’s ability to solve hard problems,” Fain said in a company blog.

AeroFarms, another New York-area urban farming venture, distributes its produce to restaurant and airline kitchens and retail stores (such as ShopRite and Whole Foods). With backing from Morgan Private Ventures and other global investors, AeroFarms’ 70,000-square foot facility in Newark, NJ at a former steel mill is believed to be the largest indoor vertical farm in the world based on annual growing capacity to produce two million pounds of leafy greens per year.

Dozens of other tech-oriented urban farming projects are blossoming, from Agripolis and Agricool in Paris to Farmizen in three locations in India to Sustenir Agriculture in Singapore.

And there are tools such as those being developed by BitGrange, that involves urban agriculture, IoT connectivity and even 3D printing to create the devices for home growing. Alfredo Costilla-Reyes created BitGrange in 2017 when he was a graduate student in the Texas A&M Department of Electrical and Computer Engineering; he recently received the government of Mexico’s National Youth Award for the system to grow food indoors using the IoT and a hydroponic system with just an LED light. The IoT software and sensors collect data and regulate the light and nutrients through the plant’s lifecycle.

“What makes BitGrange so amazing is it is a gamified version of what I was doing with the kids” at a local elementary school,” Costilla-Reyes told a local newspaper. “We are a new generation of farmers that need a new generation of tools to do agriculture that seems to be so separated from the farm.” He added, “We want to know what goes into what we eat. And we provide that with this device.”

With an even more micro-farming vision, GE Appliances showed its “HomeGrown” concept at CES 2020, moving the distance between the source and the plate to just a few feet apart. In its concept kitchen, the company (a Haier subsidiary) demonstrated three different gardening systems — Aeroponics, Hydroponics and Soil — in a kitchen enclosure. Water, nutrient and light intensity is controlled through a user interface, which also guides the home farmer through seeding, harvesting and even preparing crops — all within feet of the table.

The integrated HomeGrown kitchen’s appliances, storage and counter recognize whole and packaged foods, adjust storage and cooking temperature, detect freshness and expiration dates, assist in portioning and preparation and deliver nutritional information, “all enabling a more mindful experience in and out of the kitchen,” according to the company.

The “LG Harvester” is also called an “indoor gardening appliance” or “indoor vegetable cultivator.” LED lights, forced air circulation and a wick-based water management system create a growing climate and will work with all-in-one seed packages and a monitoring app that manages settings and offers gardening tips. Each package contains seeds, peat moss and fertilizer, initially for produce such as romaine, lettuce, arugula, chicory and basil.

With major activity at all levels of the food production supply chain, what we eat — and where it comes from — is in the early stages of a 21st century overhaul.¨ 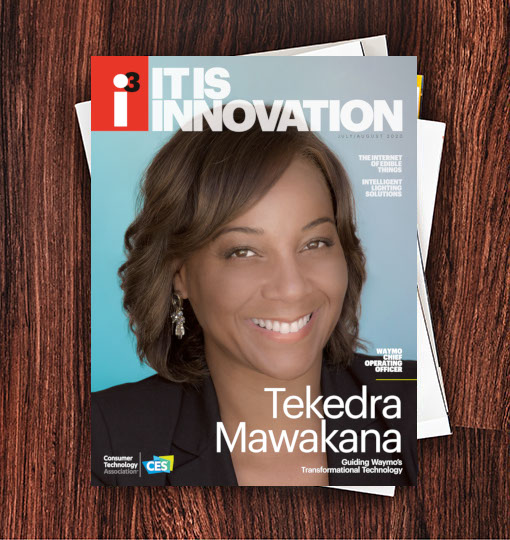