At CES 2018, several of the exhibitors in the Artificial Intelligence (AI) Marketplace were from China. And there were other Chinese AI exhibits in the nearby Robotics and Drone Marketplaces and Chinese AI purveyors in Eureka Park and other venues.

The range of AI opportunities offer vivid examples of how quickly Chinese companies, from industrial giants to innovative startups, are accelerating the mandate issued last summer by China’s Ministry of Industry and Information Technology. The government seeks with huge financial backing to spur greater use of AI from 2018 to 2020. The government is in the process of laying the base for a new Chinese economy with AI integrated into transportation, financial services, retailing, agriculture, eco-friendly manufacturing, health/medical care and many other applications.

The government timetable calls for homegrown AI to match the levels of AI development in the Americas, Europe, Japan and Korea by 2020. Then Chinese AI researchers will push to make major breakthroughs by 2025 and become the “envy of the world” by 2030. And both government agencies and global investors are ready to provide whatever financial backing is needed to achieve those benchmarks.

And Baidu, China’s huge search engine and media company (which had the largest booth in the CES AI Marketplace) is teaming up with Xiaomi Inc., the huge Beijing-based electronics and software company to pursue the Internet of Things (IoT) and other AI devices and services. Details of those deals were not disclosed, although the nature of such alliances point to an aggressive collaboration agenda for Chinese AI developers.

AI analysts note that Baidu developed an AI system with “better-than-human” speech recognition (the core of many smart home systems) a year before any Western firm achieved that benchmark.

Enthusiasm for AI Grows in China

Because of the government and corporate support, Chinese are by far the most optimistic about AI’s ability to “create jobs and improve lives.” In a 10-country poll, Dentsu Aegis Network (a UK digital marketing firm) found that 65 percent of respondents in China have faith that AI will help their lives, compared to 23 percent in the U.S. and 18 percent in Germany. The global average was 29 percent, suggesting that Chinese citizens are more than twice as upbeat about AI’s potential as the world at large.

China’s vision for AI dominance is resonating with industry watchers. In its report about the impact of AI on global gross domestic product, PricewaterhouseCoopers (PwC) predicts that China’s AI efforts will lead the world by 2030.

"North America will experience productivity gains faster than China initially,” PwC says, but “China will begin to pull ahead of the U.S.’s AI productivity gains in ten years, after it catches up on a slower build up to the technology and expertise needed.”

China’s AI mandate encompasses commercial as well as government objectives. For example, the facial recognition project, with vast enterprise opportunities, stems from the Xue Liang (“sharp eyes”) initiative in which cameras in both public areas and private properties will monitor individuals and events. Experts believe that it may eventually power China’s Social Credit System, a metric to gauge the “trustworthiness” of citizens. One startup company, Megvii, backed by Sunshine Insurance Group, already has access to 1.3 billion face data records.

That project represents much of China’s aggressive AI agenda. But, as many observers have noted, the commercial innovation and technical capabilities are often identical to ones needed in espionage and warfare. They’ve dubbed it China’s “military-civil fusion” AI policy, and point out that the government has already established joint military/commercial AI research and testing facilities. Ultimately, they contend, a factory that produces autonomous personal vehicles could also make self-driving tanks.

The AI initiative is also tied to China’s plan to massproduce neural-network processing chips, robots and machine learning, all of which can be used in medical applications and many other AI-related ventures. Chinese authorities expect that use of AI will make manufacturing more eco-friendly. One goal of the AI mandate is to increase energy effiiciency in the manufacturing sector by 10 percent in the next two years.

In addition to the national AI funding, many local jurisdictions are seeking to build AI centers. The government of Beijing has committed $2 billion to an AI development park there, and even some small cities are assembling $100 million programs to support AI locally.

Another way to gauge China’s AI’s appeal is by looking at how the investment world views it. CB Insights, a financial analysis firm, found that in 2017, Chinese AI startups took in nearly half (48 percent) of funds going to such fi rms worldwide. That was the first time that U.S. developers were not number one in share of AI investment dollars.

Another metric is the number of patents issued, which refl ect a country’s research and development pusuits. Although the patent filing and authorization process have many hurdles regarding schedules, the CB Insights assessment shows that China patents are “surging far ahead of patents” in the U.S. in categories such as artificial intelligence, machine learning and deep learning. For example, China had about six times as many patents published on deep learning than did the U.S. (652 versus 101) from 2013 to 2017. CB Insights points out that China’s focus on facial recognition and AI chips fit into the government’s country-wide surveillance plans.

At the annual conference early this year of the Association for the Advancement of Artificial Intelligence, presenters from the U.S. and China dominated the agenda. But while the number of research papers from U.S. participants (34 percent of total papers) had dropped by about seven percent during the previous five years, the number of Chinese papers (23 percent of papers) jumped 13 percent.

While smart cars and remote health care monitoring/treatment are at the core of many AI developments, backers see opportunities in other major business categories.

For example in the retailing sector, a “smart fitting room” is helping apparel customers make clothing selections based on a variety of factors. Using facial recognition technology, the AI system helps customers assess options as they try on clothes in front of a “magic mirror.” The device, being tested by Besteller A/S, the company behind the fashion brands, calculates age, gender, climate and other factors to present alternative clothing choices which appear in the mirror, without requiring customers to actually change outfits.

iQiyi Inc., a Baidu subsidiary which operates China’s largest video streaming service, is offering an AI system to help viewers pick shows they want to see. Executives at the company even used iQiyi Brain to identify programs to include in its roster, opening the prospect for corporate media leaders to turn to AI for creative decisions. 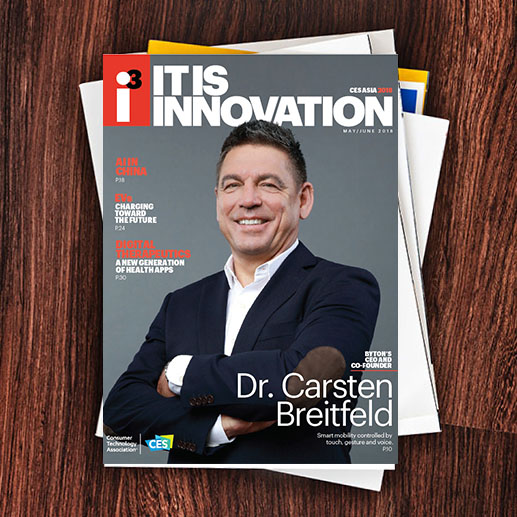