When you took chemistry in high school, your instructor probably skipped over those two rows of the periodic table of elements that dangle down from the bottom of the chart. Little did your teacher or you know that those lanthanoid metals and actinoid chemicals, also known as “rare earth elements” (REE), would become crucial building blocks for LEDs, digital TV screens, cameras, wireless phones, guitar pickups, rechargeable batteries, renewable energy products, fuel cells and autonomous vehicles, as well as medical imaging and military devices.

And the looming boom of the Internet of Things is expected to further increase the demand for REEs needed for uninvented devices.

REEs, sometimes called rare earth metals (REM), burst into the headlines early this year when a new cache of yttrium, terbium, dysprosium and other elements – enough to last 400 to 800 years – was discovered below a muddy island off  the coast of Japan. The new bonanza could cause Japan to surpass China, which has been the world’s leading supplier of REEs for the past 20 years.

New supply sources, such as the Japanese lode, are also important because there is no known substitute for REEs in many devices. The Japanese scientists who published their research in the scientific journal Scientific Reports this spring described the cornucopia of metals in the deep sea mud near Minamitori Island (also called Minamitorishima or Marcus Island) as “monumental” and “semi-infinite.” Initial estimates tally up to 16 million tons of the REEs in the island’s mud.

One Japanese scholar called them “critical for future generations of technology” and emphasized that the search for new sources was vital “to maintain Japan’s technological edge.” This is especially important after China restricted its rare earth export quotas in 2009, which triggered prices for some REEs to jump tenfold. Thus, China abandoned its quotas after complaints to the World Trade Organization. Nonetheless, it was China's actions that prompted Japan's search for alternative sources.

Starting in early 2013, a Japanese deep sea research vessel identified potential REE deposits in mud layers 6 to 12 feet beneath the seabed (which itself is about nearly four miles deep at that location), about 160 miles south of Minamitori Island. Reports about the possibility of a stash leaked out during subsequent years, but in true scientific manner the official acknowledgement came only after a thorough review and publication in the April 2018 Nature journal.

The geopolitical impact of the discovery is still being evaluated. A couple months after details of the REE deposits were revealed, electronics makers declined to discuss how they will deal with the new source. Even Japanese companies told i3 that they were not ready to comment about the Minamitori treasure trove. A spokesman for one manufacturer, who insisted on anonymity, diplomatically explained that the company will evaluate how its supply chain would deliver a sustainable supply of resources mined in a responsible manner from any national origin.

“It is important to secure our own source of resources, given how China controls the prices,” says Yutaro Takaya, the Waseda University professor who led the study. Acknowledging the high cost of extracting REEs from mud miles underwater, Takaya told the Wall Street Journal that more research will be needed on methods to get to the elements. A consortium – composed of government-backed organizations and research institutions, as well as corporations such as Toyota Motor Corp. – is already taking shape to conduct feasibility tests within the next five years.

Discovery of the Japanese REE lode comes at a time when the U.S. Department of Energy and the European Union have expressed concerns about shortages not only because of China’s hegemony of the materials, but also due to China’s increased consumption of REEs in its own products. Last year, China accounted for 80 percent of the global REE supply. Most of China’s REEs are mined in Inner Mongolia.

Not so Rare, but Still Vital

Despite their exotic names, “rare” earth elements are not always obscure, but are invaluable in the production of many new and emerging electronics devices.

Many of the REEs are relatively abundant in the earth’s crust and often occur in the same ore deposits. The moniker “rare earths” was applied to them because they were discovered together in other rare minerals and isolated as oxides. They are often hazardous to extract, which means time-intensive and costly processing. That is one reason technology manufacturers will take their time evaluating the impact of the newfound mud deposits.

For the past several decades, REEs have found homes in many consumer electronics products. Thanks to their powerful magnetic properties and relative stability at high temperatures, REEs are particularly useful when size or energy intensity would prove problematic for manufacturers.

Yttrium, terbium and europium go into the materials that produce different colors on visual display screens. Neodymium is used to make smaller, more efficient and powerful magnets for loudspeakers and computer hard drives. Neodymium is used in wind turbines and hybrid cars, to develop green technology. In addition to TV screens, gadolinium is used in X-ray and MRI scanning systems, and may be valuable in developing more efficient refrigeration systems.

Camera and telescope lenses use lanthanum, as do studio lighting and cinema projection applications. Cerium is valuable in catalytic converters in cars, enabling them to run at high temperatures and managing the chemical reactions in the converter. Lanthanum and cerium are also used to refine crude oil. Other REEs enhance the strength of metals in aircraft engines and for special glass, such as welders’ visors.

The Rare Earth Technology Alliance estimates that the industry size is between $10 billion and $15 billion, with just over 100,000 tons of rare earth elements produced around the world each year.

Because of the increased demand for REEs in strategic industrial and military applications, several studies have been completed in the past few years, especially as western countries seek additional sources for the materials outside of China. A 2017 analysis of the “global rare earth element exploration boom” identified 98 metric tons of potential REE oxides, with the major sources in Canada (38 metric tons), Greenland (39 metric tons) and Africa (10.3 metric tons). The researchers concluded that the recent discoveries (before the Minamitori Island lode) represented a fivefold increase in potential supply between 2010 and 2015.

Despite these pockets of REEs around the world, the Minamitori Island cache is already being lauded for its location, despite the hard-to-retrieve factors. Explorations have found REEs in the seabeds spanning about 965 square miles and scientists estimate there is enough to fill global supply needs for 780 years worth of yttrium, 620 years of europium, 420 years of terbium and 730 years of dysprosium.

In their initial report, Japanese scientists described the mud’s “advantages,” such as high REE content (especially for heavy rare earth elements such as europium and lutetium), plus a paucity of radioactive elements (such as uranium and thorium) and with relatively “easy extraction and recovery.

Getting to the Mud

In their Nature journal report on “The Tremendous Potential of Deep-Sea Mud” of REE mining, the 16 Japanese scientists on the research team proposed mining and processing techniques that “can effectively enhance the economic value” of their find by “selectively recovering the host material.” They described a mineral processing system using a hydrocyclone separator, “which would be an applicable technology on an industrial scale.”

“Because the amount of the resource is enormous, improving the ore grade will greatly enhance the economic value of the mud,” according to the report. “A decrease in mud weight and volume will directly lead to reductions in smelting costs. Moreover, if a hydrocyclone can be operated in situ on the deep sea floor, it would be possible to reduce lifting costs, which would further contribute to improving the economic efficiency of any development project.”

Another value of the Japanese and other new REE discoveries is that the current recycling rate is low for devices containing rare earths, often because the trace amounts actually used in end products make it costly to retrieve and reuse them. Advances in recycling technologies have boosted expectations that more REEs can be retrieved from electronic waste, such as fl uorescent lamps, magnets and batteries.

In the years ahead, as actual extraction of the Minamitori Island lode gets underway, other REE suppliers will be pushing ahead. For example, Australia’s Lynas Corp. processes more than 5,000 tons of neodymium and praseodynium annually, most of which is sold to Japanese manufacturers who use them to manufacture computer hard disc drives, headphones, and increasingly, green tech for magnets in motors for electric vehicles.

REE research and processing projects are also underway in Russia, Brazil, Burundi and Tanzania, all aimed at production within ten years. Analysts expect that the Minamitori bonanza is just one part – albeit a major one – of the continuing REE “Eureka” moment. 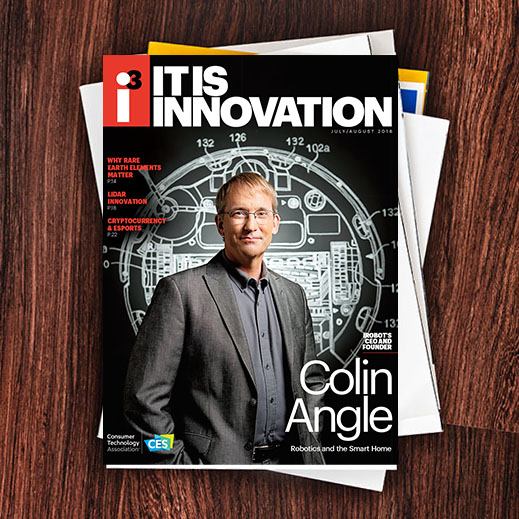